Do your eyes ever water while you work out? Have you ever peed a little bit (or a lot) while you were running? Physical activity has strange effects on the body; check them and their weird explanations out here. 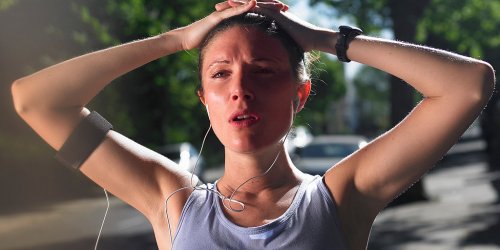 Does your nose turn into a fountain as soon as you start running? Some women even have to carry tissues in their sports bra when they go out for runs! It turns out that the culprit is something called exercise-induced rhinitis, which is a condition in which the increased air flow from your quickened, heavy breathing sends your nose into mucus-producing overdrive. A runny nose isn’t the only symptom of exercise-induced rhinitis, however. You can even experience nasal congestion, itchy eyes, hives, rashes and headaches. Try taking an antihistamine before you begin your run or workout.

Nothing irks you more than when you set out for a run and your bladder is full about halfway through the run! The only thing worse could be actually peeing your pants while running — which actually does happen. It could be because of your increased blood flow, which stimulates your kidneys to produce more urine. A quick solution? Map out a route near public restrooms, like a park! If you’re feeling extremely hardcore, we guess you could wear an adult diaper.

Okay, we lied when we said the only thing worse than a full bladder is peeing your pants. The only thing worse than a full bladder is pooping your pants. And not just pooping your pants, but increased diarrhea as you run. While this phenomenon known as incontinence usually only happens when you’re running long distances, it can occur because of the up and down movement from running that moves waste faster in your gut, and it becomes hard to control your bodily functions. Again, an adult diaper is definitely the best route to take for running a marathon if you’ve experienced similar symptoms in training. 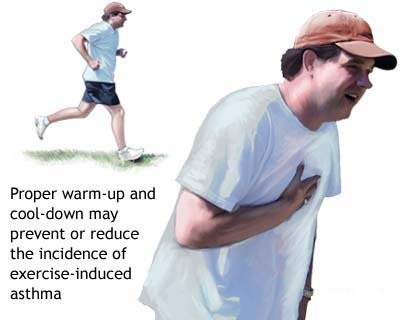 Vigorous exercise is known to cause period problems, and at the top of that list is missed periods. Rigorous exercise places stress on the body and the brain instinctively shuts down production of hormones vital to ovulation and menstruation. You want to make sure that your body is getting all the nutrition it needs to complement the vigorous exercises.

Runners can experience painful black toenails because capillaries in their toes break, and blood pools underneath the surface of the skin. It can occur because of the force of running, or even if your shoes are too small! The black toenail isn’t dangerous to your health, however, and will go away as soon as your toenail grows out (which could take up to a year, unfortunately). Try wearing wider shoes! Your fitness routine shouldn’t be bothered too much by that pesky toenail.

We saved the best for last! This list is pretty weird, but some women say that they even experience orgasms while working out! It usually occurs during core workouts — specifically, exercises that tense and relax muscles surrounding the pelvis or pelvis floor. Plus, the endorphins and dopamine your body produces while working out help your body to feel good. While it isn’t backed by scientific evidence, researchers at University of Minnesota Medical School say that women can even achieve orgasms simply by mental stimulation, so it wouldn’t surprise us if we could achieve orgasms at the gym, too!