For women to build muscle, it takes a lot of energy and resources. The body is reluctant to make a dramatic change to its current state. You must feed it so it has no choice. Convince your body there’s an abundance of food and nutrition by eating all day, every day. A highly effective diet for putting on lean muscle mass is a whole food, plant-based diet.

The reason I decided to write the gender-specific “How to Build Muscle for Women” is that there are physiological differences that need to be considered. Women tend to be at a disadvantage when it comes to fat loss and muscle building because the majority of the advice offered is based on research done on men.

Many of the same fundamentals apply across the board, but women have different hormonal composition and metabolism. This carries over into exercise response. A common belief is that women can’t build as much muscle as men because they don’t have as much testosterone. This is true, but also a little misleading.

Recent studies show that protein synthesis and gene signaling that lead to muscle gains, which are the primary factors for building muscle, are nearly equal between young men and women. The exception is older women who have a reduced muscle building response to resistance exercise. They possess lower protein synthesis than men of the same age in response to training, which appears to be maintained even when they take supplemental protein. More research needs to be done in regards to dosing, but It’sit’s possible older women require a larger dose of protein or more of the amino acid leucine (which has been found to equalize protein synthesis in older and younger men). 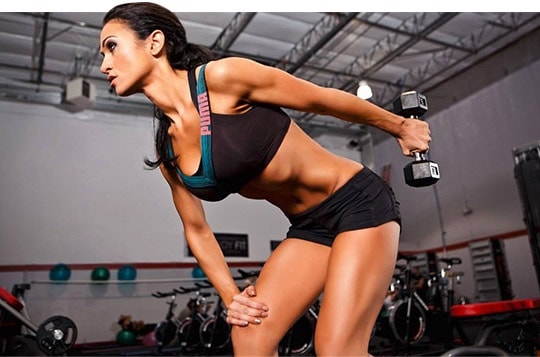