Protein synthesis is the process that takes the protein from food and turns it into muscle tissue. As Men’s Health nutrition advisor Mike Roussell, Ph.D., explains, protein synthesis is like a lamp. It’s either on or off. With 20 to 25 grams of high-quality protein, it’s on. More protein won’t improve the response, just as applying more force to a light switch can’t make the room brighter. 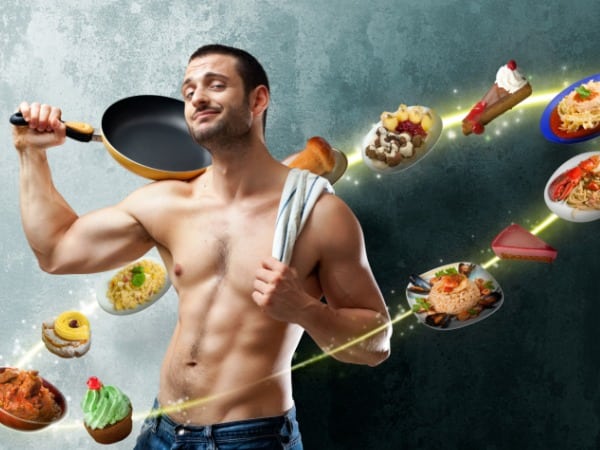 Here’s why it matters:

Most of us tend to backload our daily protein intake. We’ll have a low-protein, high-carb breakfast (a bowl of cereal with milk), a moderate-protein lunch (a turkey sandwich), and a high-protein dinner, featuring a large piece of meat or fish. But a 2014 study in the Journal of Nutrition showed that you turn more of the protein from your meals into muscle tissue when you distribute protein evenly at each meal.

In the study, protein synthesis was 25 percent higher in subjects who ate 30 grams of protein in each of three daily meals, compared to those who ate the same total amount but had most of it at dinner.

A recent study in the Journal of Applied Physiology found that subjects who got at least 20 grams of protein six times a day lost body fat and increased lean mass, with or without training. They were given a protein supplement within an hour of waking up, no more than two hours before going to bed, and every three hours in between.

Six meals may be excessive. But you probably want at least three protein-rich meals a day, especially in the early stages of a new training program. Protein synthesis will peak about 16 hours post-workout, and will remain elevated for up to 48 hours. Protein breakdown will also be higher for 24 hours.

What this means for you is that every meal counts. If you’re working out three or four times a week, your body will in effect be in the process of building new muscle every hour of every day, and also breaking down muscle at a higher rate at least half the time.