The objective of this workout is to build pure strength in one of the most effective total body lifts, the deadlift. To accomplish this, we have Jason work his way up to his one-rep max (1RM) – the heaviest weight he can lift once. Before he begins, though, he completes a two-part warm-up session.

Warm-up (part 1): Rowing.
For this, Jason completes 10 minutes on the rowing machine at a pace that’s less than 20 strokes per minute. (Jason’s distance: 2274 metres.) 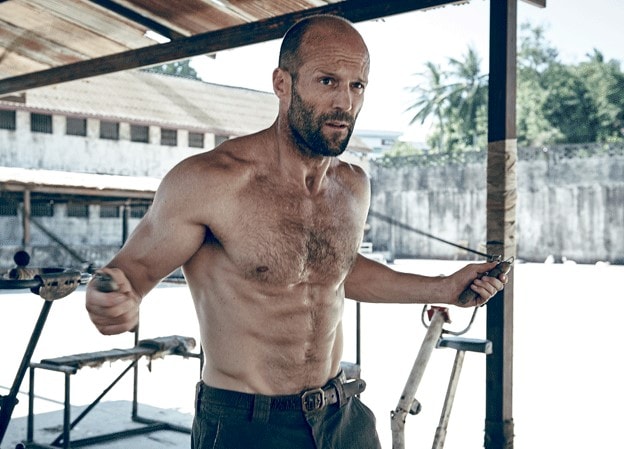 Warm-up (part 2): Pyramid Circuit.
Directions: do the following three exercises as a circuit, performing one set of each in succession without rest. Use a “pyramid repetition structure” to the workout. Here’s how: in your first round through the circuit, do one repetition of each movement. In each subsequent round, perform an additional rep. So you’ll do two reps of each exercise in round two, three reps in round three, and so on. Once you’ve completed five rounds, continue on, but reduce the reps you complete each round by one. So you’ll do four reps in round six, three reps in round seven, and so on, until you’ve worked your way back down to one rep. At this point, your warm-up is complete.

1. Push-ups
2. Ring chin-ups
These are classic chin-ups, but Jason uses gymnastic rings instead of the bar, and performs each rep as quickly as possible while maintaining control and a full range of motion.
3. Bodyweight Squats

Workout: this involves just one exercise, the deadlift. Jason starts with a light weight – about 35 per cent of the amount of his 1RM – and then slowly starts adding weight and reducing reps. As the weight becomes closer to his 1RM – which, for Jason, is more than twice his bodyweight – his rest between sets increases to three minutes. This allows for almost complete recovery between lifts. Remember, these are the weights that Jason uses. They should be determined based on individual ability.

Cool-down: 10 minutes on the trampoline. Jason uses a full-size gymnastic trampoline for 10 minutes of freestyle aerial work. Jason has an Olympic diving background, so he’s doing fairly advanced movements here. In addition to fine-tuning motor skills, the trampoline is supposed to be good for your lymphatic system and flushing toxins from your cells.