Tempo is the speed of the repetition. Before we talk about that, there are a few terms to understand. In a typical strength-based exercise, there are three types of muscular contractions:

So what’s the ideal rep speed to induce muscle growth during these three types of contractions? Research suggests you should lift faster and more explosively on the concentric phase, and use a slower controlled speed on the eccentric.

Focus on lifting explosively during the concentric phase and a bit slower—controlling the descent, not letting it just drop—on the eccentric phase. Since you’re using a challenging weight, it simply won’t move very fast even though you’re trying to lift the weight explosively. 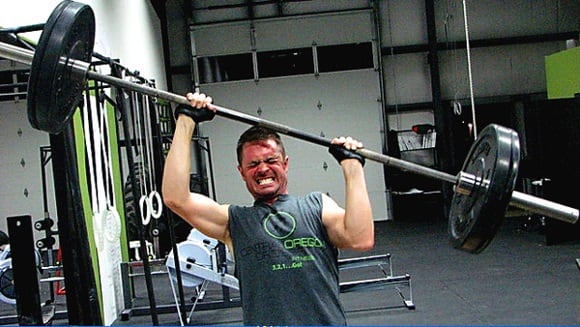 As previously stated, you must train hard and apply sufficient overload to build muscle, but how hard do you really need to push it? Should you put the weight down once you reach 10, when the muscle starts to feel uncomfortable or when you can’t do any more reps with good form? It’s an important distinction you need to understand.

If you’re training for maximal strength, you do not want to train to muscular failure, as it’s simply too taxing on the nervous system and counterproductive to maximum strength development. However, if hypertrophy is your goal, it’s a different story. Training to muscular failure—when you can no longer produce sufficient muscle force to complete another rep with good form—has been shown to be most effective.

That’s because the nature of this kind of training recruits as many muscle fibers as it can, and produces increased secretion of growth-promoting hormones. Training to failure also induces more metabolic stress to contribute to a greater degree of hypertrophic response.

The limitation with training to failure is clear: It must be used with caution as there’s a potential for overtraining when used long-term, a state in which growth comes to a grinding halt. If you employ this training method, cycle in periods of lower-intensity training.

For bodybuilders, it’s important to use this variable strategically, as it shouldn’t be used all the time.

Training to muscular failure is an effective training variable for hypertrophy when used properly and not overdone. To avoid overtraining and maximize this variable, training to failure should be used intensively for some cycles and avoided during other times.

Now that you understand the seven most important training variables to optimize muscular development, keep in mind that if you step on the gas for all of them at the same time, you may burn out, plateau, or cause overtraining. That’s why it’s important to step back and understand how a periodized approach in which you can manipulate all the variables at once can more effectively explode muscular growth. Consider your current program and what you may need to change or improve in your plan to pack on more size. Train smart, train strong, and apply scientific proof if you’re serious about getting results.