First things first, no guide would be complete without providing you the basics. If you want to get an attractive body – that is, you want to lose excess body fat while increasing muscle tone and definition, you absolutely must take a two-pronged approach. That approach includes following a proper diet plan along with doing your workout as mentioned in the introduction.

Some women will think that they can just diet their way to a sexy body, but don’t be misled. While dieting can help to reduce body weight, it’s your workout program that will reshape your body and help you create the transformation that you’re after. Neglect this and you’ll be left looking like a smaller version of your current self. Is that what you’re after? If not, then workouts are a must.

The problem with this however is that far too many women believe that lifting weights will just make them big and bulky. They have this image in their mind that’s associated with weight lifting and it’s definitely not what they want. If you think you’ll be the next She-Hulk if you pick up more than ten pounds though, you might want to think again. It simply doesn’t work this way.

Females do not have high enough levels of testosterone to be able to generate that much lean muscle mass and as such, will build muscle at a rate of about a quarter to that of a male. This is about a quarter to half a pound per month – at most – for those of you who like raw numbers. Nothing to get yourself worked up and scared about.

Furthermore, building up high amounts of muscle means that you must be eating high amounts of calories and let’s be honest here, we both know that’s not something you’ll do willingly. Most women routinely under-eat, so this again won’t be an issue. So the very first step to your success is getting past the fear that adding lean muscle will look manly. It won’t. These are the facts. Let’s dive into the nitty-gritty details now and reveal the secrets to building a diet for success. 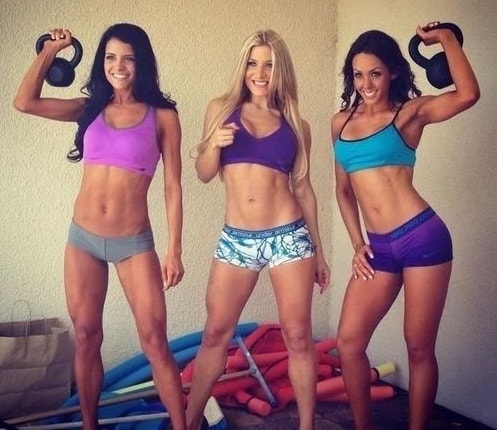