Traditionally described as a two-headed muscle, the biceps (biceps brachii) is one of the most variable muscles of the human body.

It is important at this stage we point out that there is some debate as to what are considered the best exercises and techniques for isolating each head of the biceps, the two most notable being the Elbow Theory and the Grip Theory:

If you only have a really strong long head, your biceps will look huge from the side, but flat from the front. 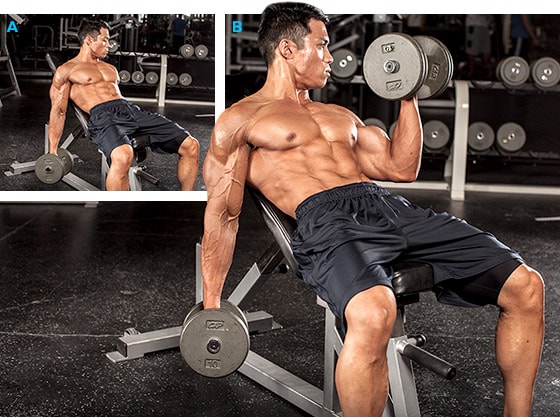 This is a great overall biceps exercise, which particularly emphasises the biceps long head (that nice stretch you feel? That’s the long head).

If you only have a really strong short head, your biceps will look thick and huge from the front, but flat from the side, with no nice peak. 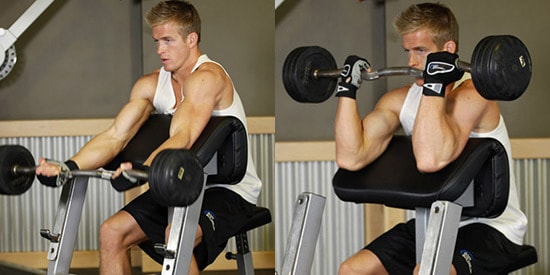 Preacher curls can be easy to perform wrong, so make sure you’re positioning keeps the tension on the biceps throughout.

There is another muscle that forms the biceps group, called the biceps brachialis, which lies beneath the biceps brachii. This muscle is often overlooked, but plays an important role in the overall look of your arms (its level of development impacts the amount of ‘peak’ your biceps appear to have).

Note: Ultimately, ‘peak’ is determined by genetics, but increasing the size of the brachialis can give the appearance of a better ‘peak’. 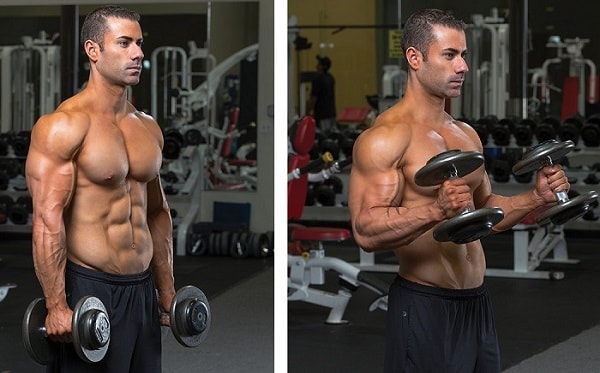 The hammer curl is particularly useful for building up the biceps brachialis.